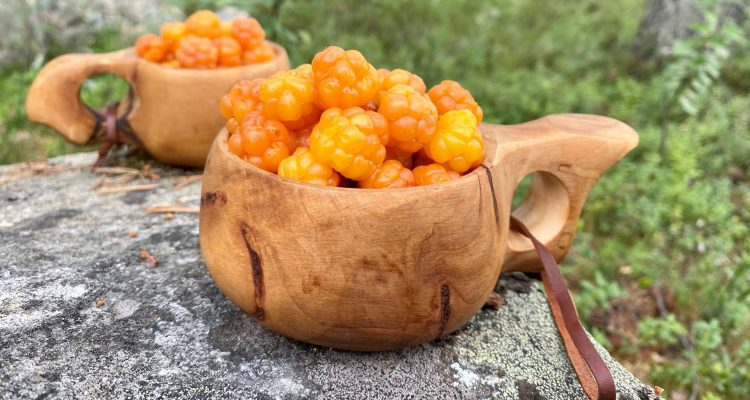 Cloudberry (rubus chamaemorus) grows in bogs, meadows and marshes. The berries are famous delicacy in Finland, known as hilla, lakka and suomuurain in Finnish. A beloved child has many names! I haven’t always been a fan of cloudberries, especially when I was younger and couldn’t stand mosquitos eating me alive at bogs. Cloudberries also have stones, similar to raspberries, and maybe for that reason some kids don’t love it as much as adults. The taste is strong, and very unique to all other berries I have ever tasted. 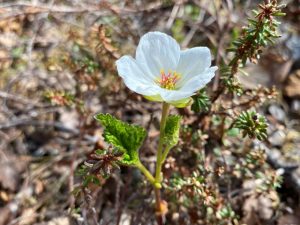 The best areas for cloudberries are Lapland, Kainuu and North Ostrobotnia. It grows also in the south, but doesn’t like too warm summers. As a matter of fact, cloudberry crop varies a lot on a yearly basis, because the cloudberry flowers are very sensitive to frost especially in open bogs. Cool summer might also mean less insects to pollinate the flowers, which leads to scarce crops. To make picking cloudberries in wetlands even more challenging, the harvest period is very short, only few weeks, and it might be the best mosquito time of the year. Usually is. As you might have heard, Lapland is the land where the sun never sets and mosquitos never sleep. This together with generally high demand leads to high prices in markets. Many pensioners pick cloudberries for sale, making few extra tax-free euros for their living. If you ever want to experience something really Finnish, try cloudberry picking in the swamp. After few hours of picking you will understand why cloudberry is also called the gold of Lapland.

Cloudberry harvesting season typically begins in July, in Northern Finland a bit later. On the first weekend of August Ranua municipality celebrates cloudberry festival, organized by Lions Club Ranua. In 2019 it was celebrated for the 45th time. Ranua is best known as the arctic cloudberry village and for their polar bears (fear not, both of them are in Ranua Zoo). In Ranua the cloudberry culture can be explored for example on Hillatori market square and in local cloudberry products. 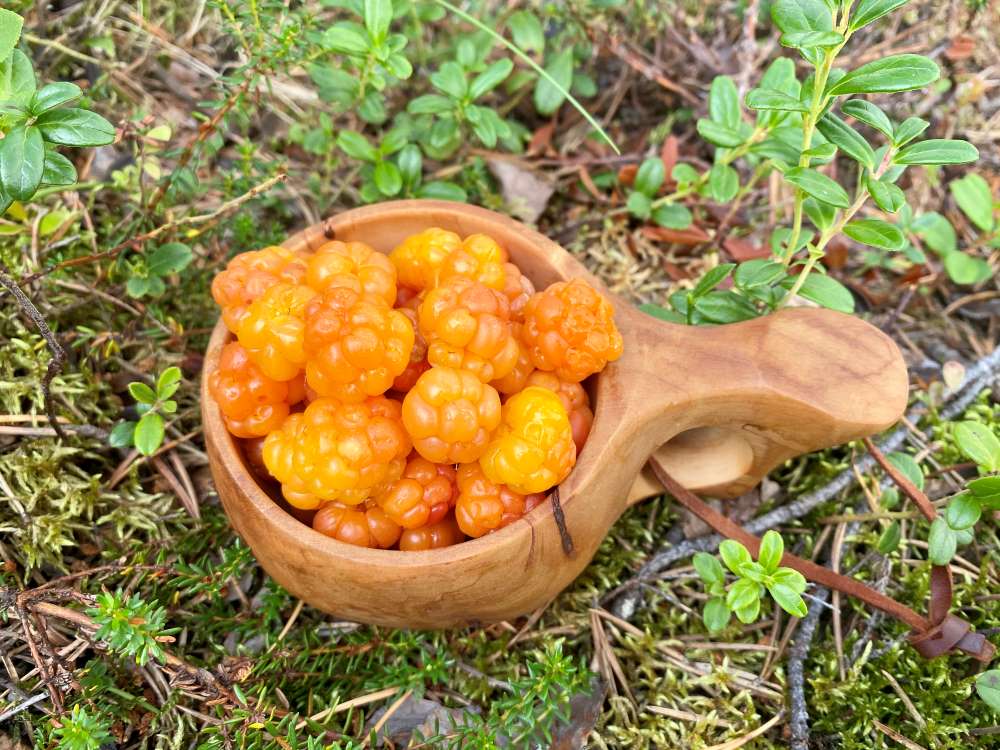 The ripe cloudberries are golden-orange, soft and juicy, and rich in Vitamins A, C and E. They detoxify, strengthen the immune system and improve digestion. Cloudberry is not only consumed as a delicacy; it’s also used in cosmetics. After all, since the berries are so powerful when eaten, their best features translate to skincare as well. I haven’t tried squishing cloudberries to my face, but I like the idea of using domestic, natural ingredients in cosmetics. And what comes to picking and eating cloudberries, I’m a huge fan nowadays and often plan my holidays around cloudberry picking season in Lapland. Cloudberry fever is a term commonly used in Finland. It hits you after you have spent your first few days picking fresh cloudberries from bog and got to taste them in different dishes. Then you just want more, and more… 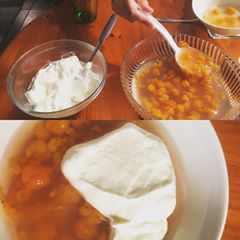 Cloudberries are used in a similar way as strawberries. They can be frozen with or without sugar and used in baking such as in cakes. Cloudberries can be preserved in their own juice without added sugar, if stored cool, but cloudberry jam with sugar is often made from fresh berries to make them last even longer in the fridge. One particularly popular desert is cloudberries with homemade cheese. Cloudberry jam also replaces strawberry jam for pancakes. Cloudberry soup is a desert dish, that is sometimes served in special occasions. Cloudberry yoghurt and cloudberry ice cream are found in Finnish supermarkets any time of the year.

How to prepare for picking cloudberries?

The things you need for picking cloudberries are really simple. First of all, you need a cup or a little bucket to hold the berries. Don’t bother with a 10-liter bucket unless you are prepared to spend half a day or even a full day at the bog. While blueberries are often picked with a special berry picker (and require that big bucket), the berry picker doesn’t work for cloudberries because they are very soft and too easily mashed. So you will be picking by hand. You will also need rubber boots or similar, since you will be picking the berries in wetlands. Mosquito repellent is highly recommended, as well as a hat. I often wear mosquito net to cover my face, because I hate those little villains. Water bottle is always good to have, and even better if you can carry it on your waist.

If you are unfamiliar with the ground, a map, a compass, and a cellphone are also good to carry with you. But be aware that there might be areas in the wilderness that are out of cellphone reception. It’s always a good idea to go with a friend or at least let someone know where you are heading and when you should be expected back. Some people like to wear bright colors when berry picking, just in case they get lost and need to be spotted from the skies. And some like to have a small radio with them, in order to make noise and have a party with bears.

Getting lost in Finland is actually a real danger whenever you are in the nature. That’s because 70% of Finland is covered with forests. The forests and bogs are vast, even in south of the country. Few years ago, one local woman got lost in Torronsuo bog and was missing for four days before she was found. She had been picking cloudberries and got disoriented. Her cellphone was in the car, so she couldn’t call for help. What saved her? One man from the search and rescue team. He was paramotoring (powered paragliding) over the bog and spotted her bright red cardigan. She had been eating the cloudberries to survive. So, take this warning seriously and make sure you take enough measures to stay safe, and don’t get disoriented when picking the berries.

How to find cloudberries?

Finding cloudberries is also pretty straightforward. Check out the possible wetlands from the map and then go see how they are like, would there possibly be berries to pick. If you happen to see cars parked in random places by a road close to a wetland, it’s a pretty good tell that there might be berry pickers in the area. Making friends with locals also helps, because they won’t be telling you their best berry picking spots if you just blurt out that question. In fact, there is a saying the “bear sightings” increase during the cloudberry season in the areas that are considered good for berry picking.

Have you tasted cloudberries yet? Or has the cloudberry fever ever hit you?

Read also our other posts about wild berries in Finland: