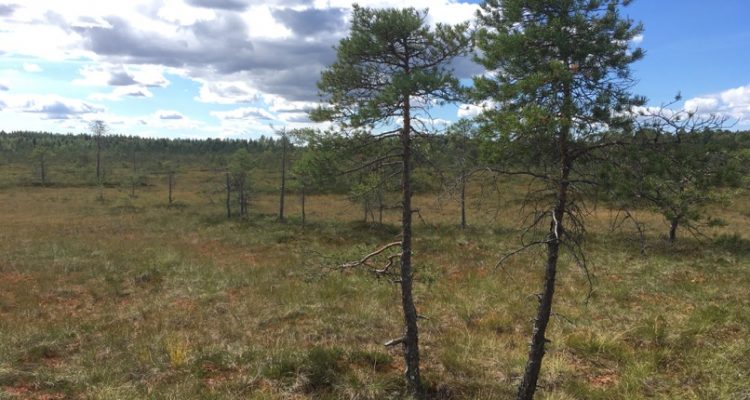 Torronsuo National Park is the closest national park to where I grew up and I have visited it many times since it was opened in 1990. It is one of my favorite locations to go for a walk on the duckboards and I like to go cross-country skiing on the bog in the winters. I have my secret spots for cranberry picking and I occasionally like to climb to one of its birdwatching towers at Kiljamo.

On a good winter during the months of January-March Torronsuo might have up to 45 kilometers of tracks for cross-country skiing. I recall one full moon skiing trip when I was young, around 8 years old. My parents took me to this trip organized by Suomen Latu, the outdoor association of Finland. It was all so exciting because we packed some snacks with us and went there in the evening, in the dark. We had some flashlights but there was a full moon guiding the way. I had been told that it was a 10 km trip and there was a big bonfire at the end of the first 5 km leg. I was a avid skier but it was a long trip for my age. I was looking forward to the bonfire from the beginning of the journey. Skiing in the forest was familiar to me and I was used to small hills, but the bog surprised me as it was totally flat. I got bored pretty early on. Because we were skiing in the dark, it felt like we were not making any progress at all. I don’t know how I ever got back home from there, but I remember being happy seeing the bonfire!

That delightful skiing trip memory has not kept me away from Torronsuo. In fact, I was there again last week, enjoying the fresh autumn air. 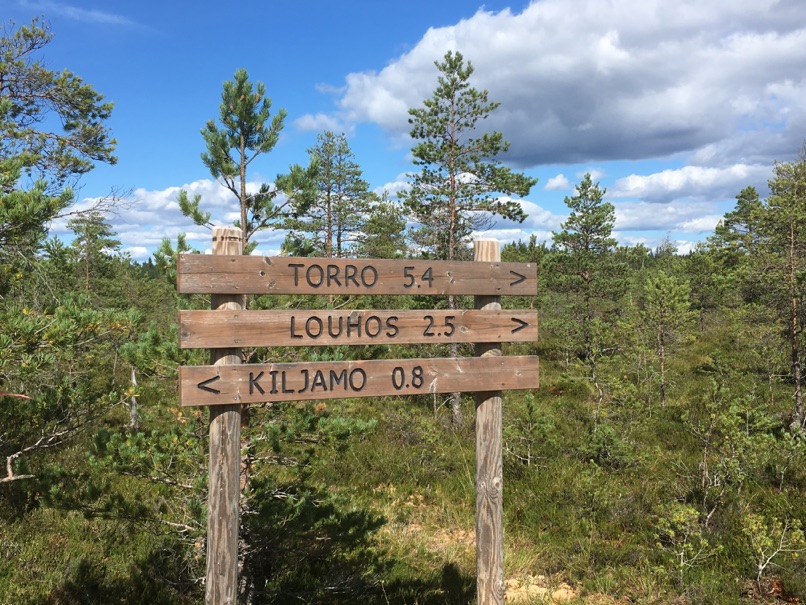 Torronsuo offers a couple of different tracks for walking. The short track of 1,5 kilometers leaves from the information board next to the parking lot. It guides you on the duckboards through the forest to the bog, leading you to Kiljamo birdwatching tower. There are only few hundred meters back to the parking lot from there. The beginning of the short track also has a wheelchair accessible part. If you want to venture further out, there is about 3 kilometers long duckboard path leaving from the short track to an old quarry. Quarry is louhos in Finnish. That quarry used to provide quartz to Åvik glass factory in Somero, a neighboring city to Tammela. Torro is the name of the village on the other side of the bog and Torronsuo literally means Torro’s bog.

The cranberry season is about to begin. You are allowed to pick berries and mushrooms in Torronsuo National Park as Finland’s legal concept of everyman’s right gives everyone the chance to enjoy berry picking. With the freedom to enjoy the countryside comes the obligation to leave the environment undisturbed. You are allowed to make a fire at Kiljamo fireplace, unless the forest fire warning has been announced. During the breeding season of the birds, from April to August, it is recommended to stay on the paths. The dogs are welcome but should be on leash. 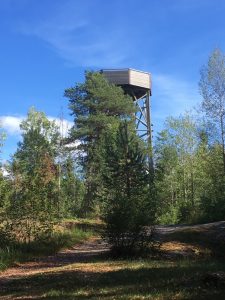 Torronsuo is an important breeding area for the birds. The birdwatching tower at Kiljamo is popular especially when many birds such as cranes are migrating. It is estimated that there are approximately 40,000 pairs of cranes breeding in Finland. These large long-necked and long-legged birds can be seen migrating in large and noisy V-shaped flocks. Usually cranes are leaving Finland between August and October and return in March–May. 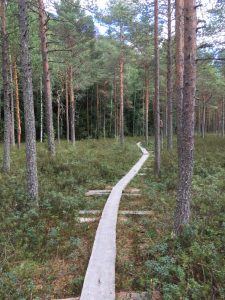 There are about 500 kilometers of duckboards in Finland. At the end of the summer 2018 the duckboards in Torronsuo are waiting for renovation. They are quite dangerous to walk and the new materials have already been shipped to the site. We are so grateful that they are kept in a good condition, allowing us to wander deeper into to the bog. This time on my walk I spotted the only poisonous snake we have, viper, bathing in the sun on the duckboards. Luckily I was watching my steps and both the viper and me escaped unharmed. Torronsuo isn’t normally this threatening. However, Torronsuo is the deepest bog in Finland as its peat layer is measured to be over 13 meters deep. There is something slightly intimidating about it when you are walking in the bog.

Accessibility: The Kiljamo bird watching tower area with a fireplace is accessible with a wide path, and you can go to the bog in a wheelchair or have a buggy for children right behind the information board. Otherwise the trails are not accessible for all as there are duckboards.

When to go: You can visit the area at any time of the year.

A quick update from 2019: The duckboards had been renewed on that short 1,5 km walk for the most part. The wheel chair accessible part right behind the information board was still in a bad shape. The longer duckboards through the bog are still waiting for maintenance.

The view from the Kiljamo bird watching tower is spectacular, don’t you think?

The #Finnish #nationalflower #lilyofthevalley has

When you see 😳 the #rain. #azuresky #rainclouds

Delicate #blueberry #flowers are coming out in sou

If you struggle to figure out things to do for the

#hanami #cherryblossom seasom is in full bloom in

This photo from yesterday evening was kindly sent

Finnish nature quiz for kids is meant for approximately 3-7 year old children. It includes fun trivia questions with multiple choices. All questions are related to the Finnish nature. Pictures…

Out in the Nature Quiz – How well do you recognize traces of ice age?

Finnish nature is full of traces of the ice age. During the last great glacial period Finland was situated at the centre of the area covered by the Scandinavian ice…

Thinking of visiting Finland but there are too many nature destinations to choose from? Or already familiar with many Finnish national parks, but wondering where to go next? Take our…

Out in the Nature Challenge 2020

Happy New Year! We would like to invite you to take part in Out in the Nature Challenge 2020! We want to encourage everyone to spend more time in the…