Home>Season>Autumn>Pakasaivo, the Hell of Lapland 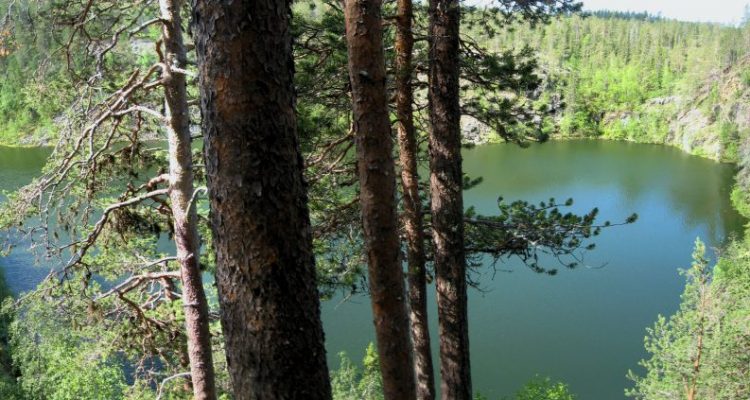 Lake Pakasaivo located in Muonio, Lapland, is also known as the Hell of Lapland. When we saw a little star on the map with a text “Hell of Lapland”, we knew we have to go and check it out! The last 10km before reaching the area really challenged us because the tiny dirt road is not necessarily the most comfortable to drive on. But on the positive side: we did see reindeer in the forests while driving slowly towards the area! Pakasaivo is approximately 60 metres deep, second deepest water area in the whole country after Lake Inari, and the steep cliff walls surrounding the lake reach up to 60 metres above water. There are no streams running to or from saivo lakes and the beauty of Pakasaivo as well as mythology make it a quite peculiar place and well worth a visit.

Myths vs reality at the Hell of Lapland 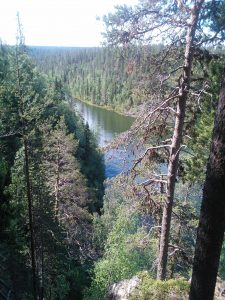 As soon as you reach the lake, you can feel the magic in the air. The clean, crisp air together with the sultry green hues surrounding the forbidding cliff faces around the lake make you wonder if there is any truth to the myth of fairies and gnomes. The Finnish mythology has a wide selection of stories and mythical creatures that remained part of Finnish folklore until the country’s rapid urbanisation during the 20th century. People used to believe that saivo lakes have two bottoms, and the fish sometimes disappeared to the lower waters. They believed that on the other side of the bottom of the lake there was another world where souls were living. When they tried to measure the deepness of the Lake Pakasaivo, it turned out to be very challenging as many trees from steep shores had fallen to the lake and created a layer that seemed like never ending bottom. 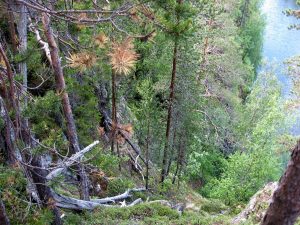 The actual Hell of Lapland is located in the north end of the Lake Pakasaivo. It is believed to be the biggest giant’s kettle, a pothole, hiidenkirnu in Finnish (hiiden= devil’s, kirnu=churn), in the country. Lake Pakasaivo is also special because of its surface water and bottom water don’t mix. It means that at approximately 12,5 meters the water doesn’t have oxygen and everything that has sank to the bottom of the lake is conserved. Pakasaivo has very clear water and diving in the area is allowed, but nothing should be touched or removed from the lake or shore.

Pakasaivo was also an old Sámi place of worship. There are small caverns in the eastern wall of the ravine, which have possibly served as sacrificial caves. Kirkkopahta rock near Pakasaivo is a lone large boulder in an otherwise even-floored pine heath. It has also been a place of worship, most likely a church, hence the name Kirkkopahta (kirkko=church, pahta=cliff). 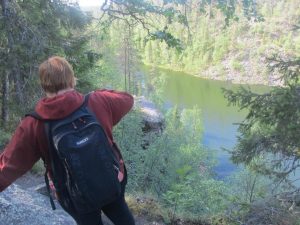 A fun fact: as we were driving towards Pakasaivo, we had endless fun with its name. You see, we kept saying the name wrong. In Finnish language, compound words are very common but you need to know that you can create different meanings by mispronouncing the words. Pakasaivo is a compound of two words: paka and saivo [PakaSaivo], meaning “a lake named Paka”. However, we kept pronouncing it (accidentally, of course!) as pakas and aivo [PakasAivo], which means ‘frozen brain’ in Finnish. In our defense, we really tried to pronounce it correctly. Honest.

Pakasaivo is located approximately 25 kilometers from Äkäslompolo village and 13 kilometers from Hannukainen in Muonio, Lapland. You can visit Pakasaivo from spring to autumn as the forest road leading to Pakasaivo is not open in the winter. During the winter Pakasaivo is accessible via a snowmobile route. There is no public transportation in this area but you can always choose a bicycle instead of your car if you live close by.

Address: Pakasaivontie, 95950 Muonio. There is a parking area about 100m from the lake.

Special to remember: When visiting Pakasaivo you should know, that the area around the lake and Kirkkopahta is strictly protected by law (for more information please refer to Antiquities Act) and visitors should follow marked routes when hiking there.

Accessibility: A short 100 m trail leading to the Pakasaivo lookout point is accessible for children’s buggies and people with physical disabilities. There is also a wheelchair-accessible toilet, and a fire place, by the parking area. You may use the firepit but make sure you follow local advise on fire safety and check if it’s safe to make fire in the area by referring to this map. 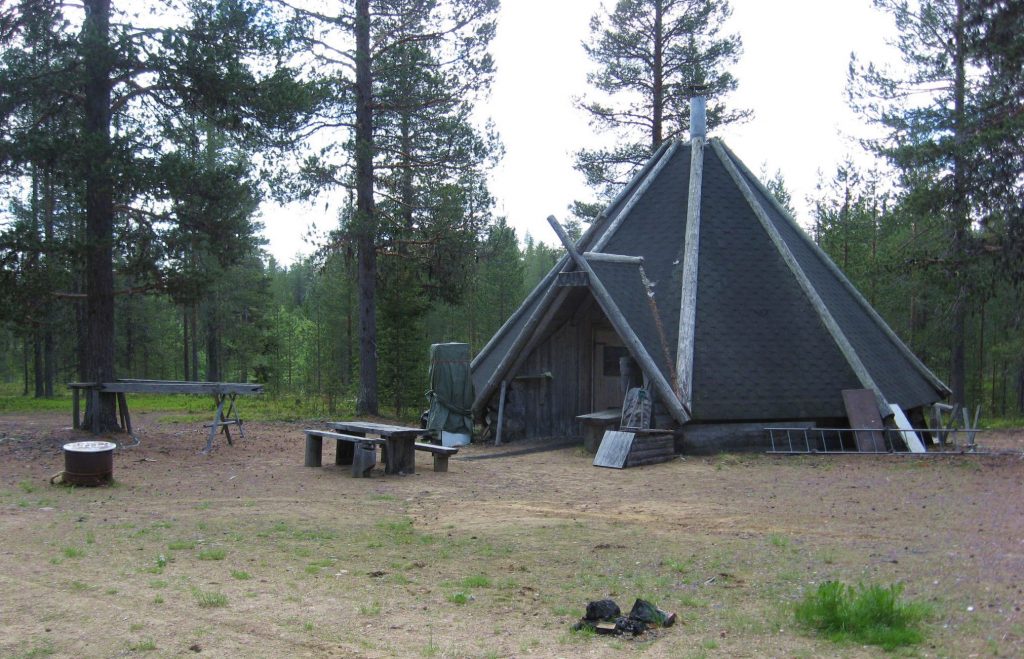 Children or pets and Pakasaivo: If you have children, make sure they understand that the cliffs are very steep and dangerous, and that they should not be running around because one step too far may mean … too far. If you have pets, make sure you keep them in a leash and don’t let them go too close to the edge.

What to wear: Normal shoes are fine but hiking shoes always give you a little bit more grip. Mosquito repellent in the summer time.

When to go: The best time to visit is when there is no snow on the ground because then you see the most. However, you can also visit it if you are snowmobiling in the area. Just make sure you keep a good eye on the cliffs so you don’t have an accident. 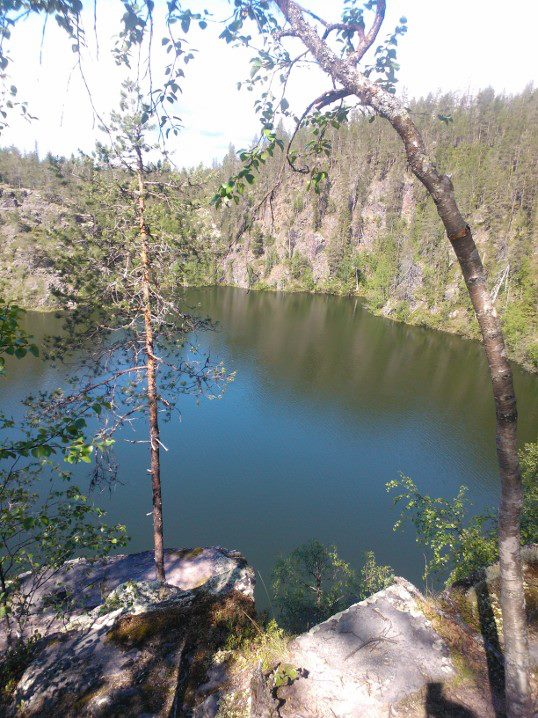 Other places to see in the area

In a nearby area, to the north of Äkäslompolo, there is another well-known Sámi holy place, Lake Äkässaivo with famous Seitapahta seida rock.