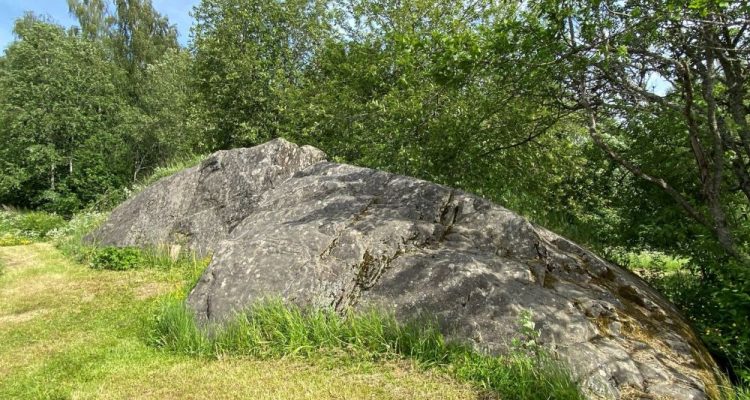 Cup-market stones in Letku near Häme Ox Road are easy to reach as they are located in an old school’s yard. Letku is a small village in Tammela in the Tavastia Proper region in Finland. The village is known for Letkun Puoti village store, the Häme Ox Road, and Hose throwing World Championships. Letku means hose in Finnish, so the name has been an inspiration for this small but fun summer event. Letku also takes part in Open villages, Avoimet kylät, which is an event that takes place on the second Saturday of June every year.

The cup-marked stones from Iron Age

One of the big rocks in the school yard has several cups and two drill holes. The whole rock has been split in half, which makes it a peculiar looking structure. These cups could have been carved even by school kids, since this rock is pretty soft as a material.

Directions to the school of Letku

When I visited the cup-marked stones of Letku, there was no-one else around the school. The school of Letku was established in 1903 and closed few years ago. I believe the property has been on sale or sold recently, so it might be a private property now. Please take that into consideration if you visit this place.