Home>Activities>Berry and mushroom picking>What is the difference between true morels and false morels? 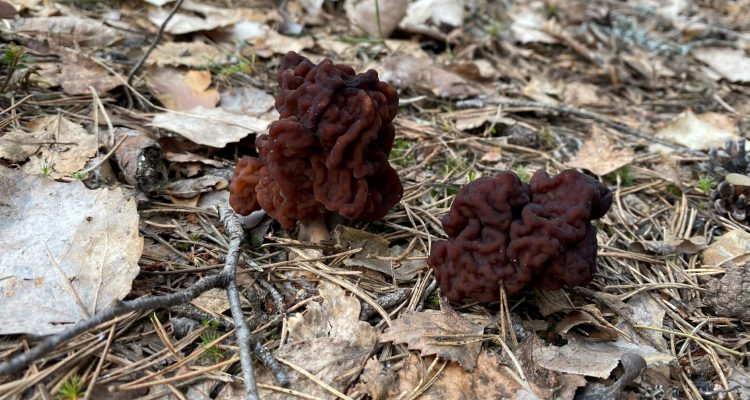 Are you wondering what is the difference between true morels and false morels? Both of them are foraged in Finland and culinarily highly valued, but false morels are poisonous and have to be boiled twice before using. This is a small but very important difference, and if you are foraging morels in Finland, you have to be able to recognize them from one another. Both true morels and false morels look somewhat similar, but it would be easy to tell them apart if they were side by side.

The morels grow in spring, in Finland usually from late April to June. In Lapland they grow about a month later than in the south parts of the country. Both true morels and false morels are part of the same genus, Morchella. There are actually tens of different Morchella mushrooms. I compiled some basic information about them as mushroom madness has hit me again.

The true morel is known as huhtasieni in Finnish. Morchella elata is kartiohuhtasieni and Morchella esculenta is pallohuhtasieni. Their Finnish names actually tell a lot about their shape: kartio means cone and pallo means ball.

Mild in flavor, true morels are excellent mushrooms to eat. The true morels don’t have to be boiled before using, but they are recommended to be cooked. If eaten raw, true morels can cause minor stomach upset.

The true morels sometimes show up to yards and gardens as they seem to like wood chips and apples. They might also grow in forests that have burned down. The word huhta in their Finnish name actually means burned area. I don’t think they are easy to find, but once you find one, there might be many of them. They can be dried or frozen for later use, if you get lucky and find many of them at once.

Main features of the true morels:

One lookalike to the true morel is Verpa bohemica, poimukellomörsky in Finnish. It has longer stem and wavy cap. Last year Sieniatlas was asking for sightings about them as they are pretty rare.

The false morels contain a toxin that can cause dizziness, vomiting, and in some cases even death. Incidents of poisoning usually occur when they are eaten in large quantities, inadequately cooked, or over several days in a row. The toxin is gyromitrin, an organic carcinogenic poison, that hydrolyzes in the body into monomethylhydrazine. While many mushroom guidebooks and websites highly recommend not to eat these mushrooms at all, in Finland they are a common edible mushroom with the right kind of preparation. Finnish food authority instructs boiling the mushrooms (1 part mushrooms, 3 parts water) twice for five minutes before using them in cooking. The common false morel, Gyromitra esculenta, is known as korvasieni in Finnish. It is common throughout the country and it loves sandy and moraine-based coniferous forests.

Main features of the false morels:

Another morel found in Finland is snow morel, Gyromitra gigas. It is lighter in color, more rare, and has to be treated the same way as false morel. Same goes for Gyromitra longipes and Gyromitra sphaerospora. Gyromitra infula and Gyromitra ambigua reminisce false morels, but they grow in autumn. They can also be eaten and have to be boiled well before consumption.

As usual, I would like to remind you not to eat any mushrooms based on what you have read here. Always make sure that you recognize the mushrooms you are going to eat, and that you know how to prepare them correctly. To be 100% sure, if you are not familiar with Finnish mushrooms, I recommend you to show your morels to an experienced mushroom forager before eating them.

Read more about foraging for the most common mushrooms in Finland.

Who is into observing spiders? 🕷Here's Pardosa

Why stinging nettles are actually good to have in

Wishing you a wonderful weekend with these spring

Time to observe some birds again! Which birds have

Which spring butterflies have you spotted? To read

Some brave soul #rockclimbing without equipment at

First #butterflies of #spring have appeared in ear

At the footsteps of #Viking king on Vaarniemi #nat 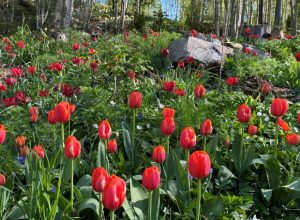 Pölkinvuori is a lovely flower garden to visit, buy plants, or have a cup of coffee in Urjala in Pirkanmaa region in Finland. Pölkinvuori is extremely busy during spring when…

The Hörtsänä Arboretum in Orivesi municipality in Pirkanmaa region is a private nature reserve that was established as arboretum in 1909 but later on forgotten for decades. It is a… 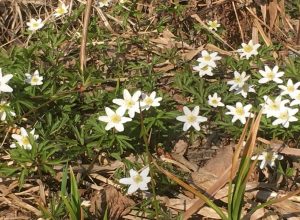 This is the perfect time of the year to head out in the nature to Vaisakko Nature Reserve in Salo municipality. I don't think I have seen so many flowers… 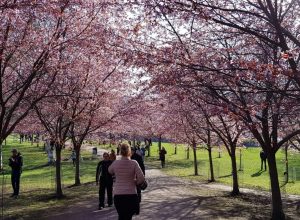 You might not expect to see a Japanese-style cherry tree park in Finland. However, this curiosity does exist in the middle of an otherwise non-descript suburb in East Helsinki called…