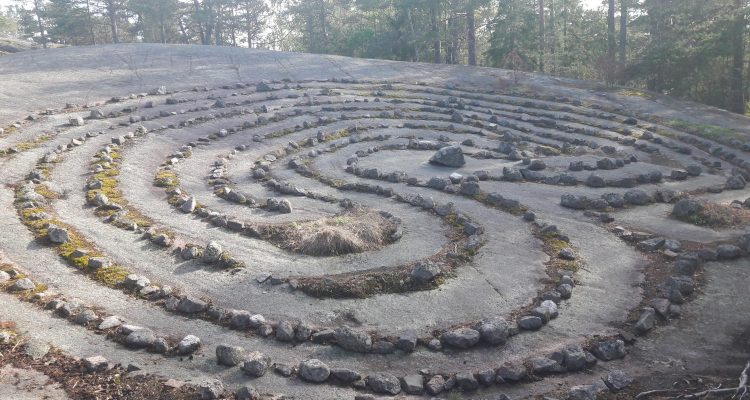 We were coming from the town of Parainen, which is located on the so-called Ring Road of the southern Finnish archipelago. It was a beautiful summer’s day so my mother and I decided to experience something new. We set the course towards a Troy Town called the Maiden’s dance rock maze in Finby, Nauvo (the exact name on our navigator was Finbyn jatulintarha, Nauvo). As Nauvo is an island, we drove to the edge of the Turku archipelago and Lillmalö island where the ferry departs to Nauvo. The massive yellow ferries are free of charge for everyone, and they have space for about 50 cars at a time, and the locals have a privilege pass to get on the ferry first. We were lucky as the ferry was just returning from Nauvo, meaning that we only waited for a few minutes to get on board. The wait is easy on both sides though because there are cafes that serve snacks and most importantly, a toilet. 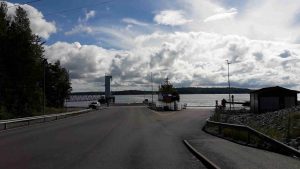 The ferry ride over to Nauvo was exhilarating with seagulls screeching, the sun sparkling on the vast ocean, and the idyllic islands with their red summer cottages winking at us from a distance. The ride itself only lasted for about 10 minutes, during which all car engines had to be turned off and breaks applied for security. As soon as we touched down on Nauvo, the queue of cars started off the winding roads of Nauvo. The drive to our destination took us through the town centre in Nauvo, a quaint little place with a few shops, cafes and restaurants. We decided to stop there on our way back because we wanted to make our way to the Troy Town first.

We didn’t realise that there was a hiking trail to the maze so we just drove up as close to it as possible and parked our car. We headed straight up the hill following a tiny path that had clearly been taken by others before us. As soon as we reached the top, we turned right and saw the blue mark posts of the hiking trail. They pointed across the smooth bedrock and beyond some trees. And then, suddenly the trees cleared and on the ground lay a vast rock maze, weird and wonderful.

A rock maze has many names: it is often called ‘Troy Town’, which references the city of Troy, an ancient city that defended itself by building a complex network of mazes. In Finland these rock mazes are called Jatulintarha, which means a giant’s garden, but they can also be referred to as maiden’s dances. No one knows for certain why these mazes have been built but there was a sign in Finnish and English next to this one stating that a romantic way to look at it was to see them having been built by the fiancés of sailors when they waited them to come home. The Troy Town in Finby is about 8m across, thus middle-sized when compared to others. The maze motif was used in Finnish churches in the Middle Ages to ward off evil. The most important thing it said was: The Finby maiden’s dance is very old. Please show respect for the historical masterpiece.

The stones are not attached to anything and are essentially loose rocks. My mother and I decided to walk all the way to the centre of the maze but we were careful not to disturb any of the rocks. I don’t know what we mentally won by walking the maze but it was great fun and oh, the sense of victory when we did it! I mean, if a popular game in area was for young men to guide young women out from the maze, then why not take a playful outlook to the maze. Even us adults have to remember to be playful (it’s not just a privilege for kids). Besides, I prefer the idea of being a playful maiden than a giant trapped in a maze, don’t you?

There were some old ruins on the hill next to the Troy Town which we had to inspect before heading back to our car. This time we followed the blue sign posts all the way to the edge of the road and walked back to our car. A quick stop at Nauvo centre and then back to the ferry towards Parainen again. What a great day!

Nauvo is part of Finland’s southern archipelago and an island.

Address: Sellmontie 2, Parainen. This address has a tiny place where you can park your car or your bikes there for a short while. It is not an official parking space so you may have to find another place to park. However, the area has plenty of private properties so make sure you don’t park your car in someone’s driveway.

Alternative address: If you are interested in exploring the Finnish landscapes a little more in-depth, I suggest you follow the hiking trail all the way from Norrstrandintie 66. It has blue signposts for you to follow so you don’t get lost. It is about 600m from the start to the rock maze.

How to get there: You can get to Nauvo island by car, by bicycle or by bus.

Accessibility: The path is worn but doesn’t support a wheelchair. It may support a light buggy for children but note that it is the natural forest floor as well as bedrock with moss, branches, and rocks. There are some low-hanging tree branches to watch out for, and you will have to walk a up/downhill to reach the rock maze. Depending if you take the short or the longer hiking route, the severity of the climb can vary. The short one is more steep because you are walking up to the top of the hill.

When to go: The best time to visit the Troy Town is when there is no snow. As you have to walk in the forest, it is best that you see where you walk, and this is difficult in thick snow. You will also not be able to see the tiny rocks if there is snow.

What to wear: Walking shoes. Mosquito repellent in the summer.

Since you are already in the area, check out other sights along the Ring Road (Saaristotie in Finnish). There are two different routes: the Great Ring Road (Suuri rengastie) and the Small Ring Road (Pieni rengastie). You can read more about it here. 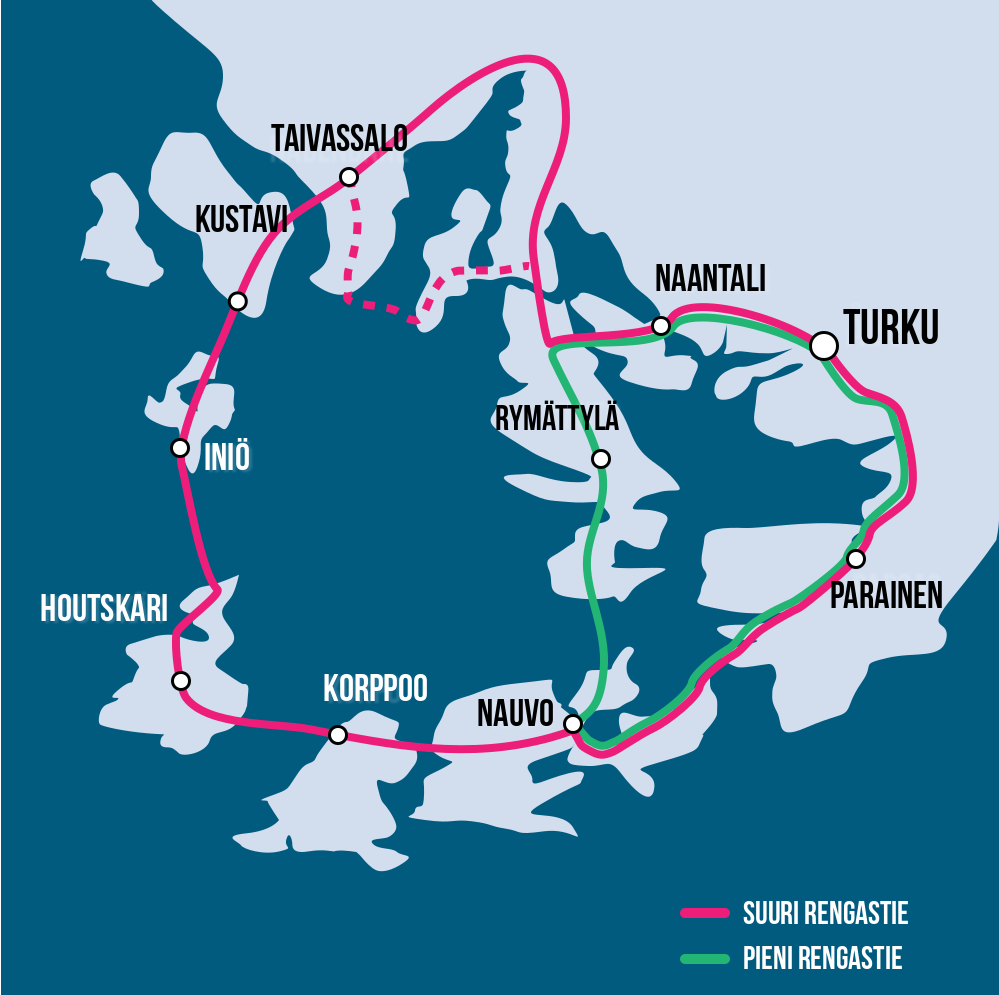