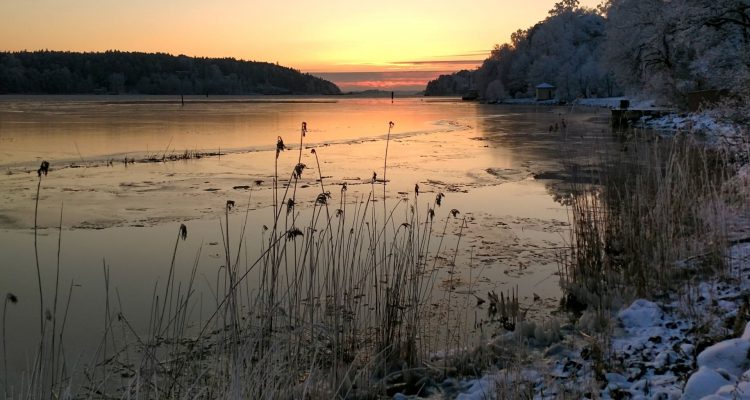 Think Finnish nature and what pops to mind? The Finnish nature is probably the most known for snow, reindeers and Northern Lights. But it is so much more than that. Here are 8 features that make Finnish nature unique and why you should travel to Finland to experience it by yourself!

The Finnish nature is not just snow. Yes, there is snow in Lapland in winter, and possibly in southern parts of the country too, but there is no snow all year round. You should not travel to Finland in July and expect to go skiing. Finland is blessed with four very distinguished seasons that all provide great possibilities to enjoy nature in their own way. Here’s how the seasons in Finland work:

2. Cottages and over three million saunas

The best way to experience the Finnish nature any time of the year is to stay in a cottage in the middle of the nature. There are almost half a million second homes for a national population of just over five million. Finnish cottage life is often a good opportunity to go back to basics. At the cottage you can perhaps make firewood, go fishing, cook over an open flame, and even carry water to sauna. Cottage life also means spending time outdoors rather than in front of the laptop or phone screen.

Big part of the cottage culture is sauna. One fun fact is that there are five million inhabitants and over three million saunas in Finland. Heating the sauna, preparing Finnish vihta (a bunch of silver birch leaves for whipping yourself), and going swimming is not only about hygiene, but a relaxing and fun experience. Read more about the significance of sauna for us from our ealier post: The Finnish sauna experience. And don’t forget ice-swimming!

3. Cleanest nature in the world

Despite of all that burning firewood in the saunas, Finland has the cleanest air in the world. More than 90 percent of the global population breathes dangerously high levels of air pollution, and air pollution remains as the world’s biggest environmental health hazard to day. The reason why Finland has such clean air, despite of all those saunas, is the fact that the Nordic countries are far away from major concentrations of polluting industries. Half of Finland’s small particle emissions originate from outside of the country, but wood is a major source of heating energy in Finland in from both district heating plants and residential heaters. Despite of the situation being good in comparison to most countries, the emissions need to be reduced, and Finland is committed to EU’s goal to reduce greenhouse gas emissions by 80-95% from 1990 to 2050. One way to achieve this is to modernize boilers and heaters as well as setting emmission limits for the new sauna stoves. The Arctic area is especially sensitive to warming climate, and despite of our love for saunas, we take climate crisis seriously.

It is worth mentioning that in Finland people can also enjoy safe and clean water everywhere. Tap water is drinkable everywhere, and the most of Finnish lakes are in good or excellent condition despite of being very shallow. Finland is ranked to the top in any indicator related to environment, well-being and cleantech.

4. More lakes and forests than anywhere else in Europe

The forested landscape is dotted with patches of water. In fact, there are more forests and water in Finland than anywhere else in Europe. If you are landing to Finland by plane, it almost seems as there is not enough field to land. The lakes and forests are everywhere.

Forests cover 23 million hectares or 74.2% of the land area. The climate in Finland is influenced by the Gulf Stream bringing warm water from the Atlantic, and thanks to this, there are forests even in Lapland. There are about twenty indigenous tree species growing in the country, the most common ones being pine, spruce and birch.

You might have heard of Finland as a land of a thousand lakes. There are in fact nearly 188 000 lakes, so plenty to choose from if you are into swimming, fishing or any type of water sports. Why does Finland have so many lakes, you might wonder. The glaciation thousands of years ago was a huge factor in the creation of the lakes that exist today. Many of the Finnish lakes share same names, so be careful when you are heading to a certain lake. For example, there are at least 200 lakes called Saarijärvi, and nearly 400 ponds called Mustalampi. With lakes and beautiful archipelago come islands, and alltogether, islands included, there is over 130,000 kilometres of shoreline in the country. Have you ever thought about heading to Finland for a beach holiday in july?

5. Everyman’s rights allow you to freely explore the Finnish nature

Forests and lakes in Finland are free to roam according to everyman’s rights, a legal concept that applies to everyone. Everyman’s rights gives you the right to walk, spend time, stay and even camp temporarily out in the nature. You can forage certain natural products such as berries and mushrooms, no matter who owns the land. Everyman’s rights are valid in most forests areas, only some strict nature reserves are forbidden.

With the everyman’s rights come responsibilities. You are not supposed to cause any inconvenience to the landowners, nature, or other users of everyman’s rights. For exampe, if you are walking through an area with tree seedlings, you must be careful not to damage them. Same applies for cultivated fields. It is forbidden to harm growing trees, take dry or fallen wood trunks, collect any moss or lichen, light an open fire without designated fire place, disturb domestic peace by camping too close or making noise, litter, drive a motorised vehicle off road, disturb or damage birds’ nests, disturb any animals, or hunt without the necessary permits.

6. Nature trails and lean-to shelters free to use

In addition to the right to roam in the Finnish forests, there are well-marked nature trails all around the country that help you to explore the Finnish nature. All trails can be accessed free of charge. Many of the nature trails provide lean-to shelters and fireplaces that can also be used freely. They are meant to provide a nice setting for breaks on day visits or short overnight stays. One thing that you should remember is to check that forest fire warning is not on from the Finnish Meteorological Institute’s website before lighting any fire at these fireplaces. Another thing is more obvious, do not litter. Whatever you have carried to the lean-to shelter, you can also carry away.

Considering that Finnish capital Helsinki is located at 60 degrees north latitude, same as Anchorage in Alaska, and about a quarter of the country is north of the Arctic Circle, Finland has rich flora and fauna, which doesn’t include polar bears. The four seasons mean that the growing season for plants is short, and there is a lot of variety in conditions that animals have had to adapt to. Some of the plants and animals lie dormant through the winter months, and most bird species are migratory. But at least 60 species of mammals are native to Finland and there are also over 60 native fish species, mostly freshwater fish.

Some of the rare examples of the Finnish wildlife include arctic animals such as critically endangered arctic fox, which could vanish if the climate warms. Another rare inhabitant of Lapland is snowy owl. The last ice age shaped the Finnish landscape and also closed some waterways, such as Lake Saimaa that was cut off from the Baltic Sea. The Saimaa ringed seal has survived in the lake to this date but is currently highly endagered. Largest carnivores in the Finnish forests are brown bears, wolves, lynx and wolverines. Don’t worry, it’s not likely to encounter them in the forests.

The Finns are people of few words. Having silent moments during conversations is not considered awkward or negative in Finland. It is natural and comfortable for the Finns to be silent. When there is nothing important to say, we rather stay quiet than talk. It’s part of efficient communication. It helps us to think about the conversation topic and give better inputs. And listen.

Silence means much more than silence in communication. When we sit down at a lean-to shelter, we don’t usually put the music on to entertain us. We listen to the nature around us. Many people recognize different species of birds by their singing, because they are used to listening to the birds. Being able to just be in the silence and listen to nature is a skill that some of us might have never learned or have forgotten along the way. It might be useful to learn that again, and fully embrace the nature around us with all of our senses. This can be done in Finland.