Home>See>Curiosities>Where is the Center of Finland? 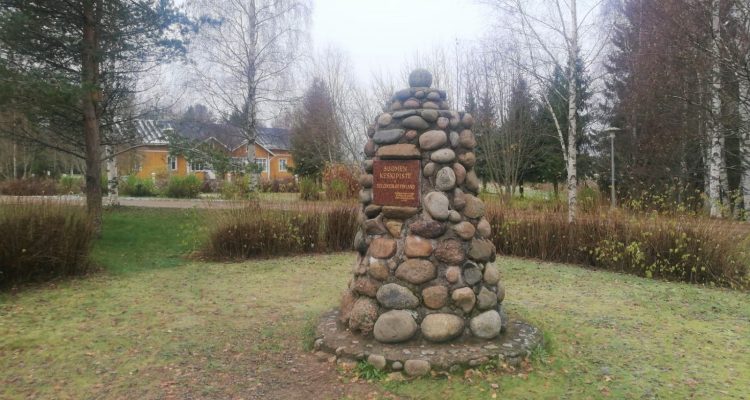 I soon found out that there are multiple ways of calculating the center of Finland. You can only consider the continent, or include all sea areas, or only islands to the equation. Another option is that you can look at the furthest points of the country and determine the center point simply from the middle on those two axis. On top of these geographical center points, there is also Weber point, which means the center of population. That is located in Hauho in Hämeenlinna.

The center point is located in Siikalatva

The center point of Finland has been defined years ago. Back in 1958 Suomen Kuvalehti magazine decided to include the continent and some of the largest islands to the calculation and found out that the center point is located in Piippola municipality. It was on a bog, so people in Piippola decided to built a monument for it but move it so that it could be visited more easily. It was the same monument that I visited by highway 4, still located in Piippola, which is now part of Siikalatva municipality.

About 6 years ago this calculation was revisited and it confirmed that the center point with all islands included is still located in Siikalatva. The monument is still valid, even though it is not technically exactly on the right spot. If you calculate the center point without the islands, you would still end up in Siikalatva but instead of Piippola to Kestilä village.

If you add the sea area in the west and south of Finland to the equation, the center point is shifted to the city of Haapajärvi, about 70 kilometers south of Siikalatva’s center point. Kärsämäki tried to claim this point earlier but in 1995 the sea areas were expanded slightly and the correct center point of the seas included is located in Haapajärvi.

The center of continental Finland is in Puolanka

The center of continental Finland is is located in Puolanka. It has been calculated by taking the furthest points of Finland in Hanko in south and Utsjoki in north, and in Oulunsalo in west and the eastern border and cut those axis in half. That leads to Housuvaara in Puolanka. Similarly to Siikalatva, Puolanka has built a monument for the center of continental Finland, and it is located in the town centre and not in the exact point in the forest.

So if you want to visit the geographical center of Finland, you can head to Siikalatva, Haapajärvi or Puolanka and be in the correct spot!

More to see in the area