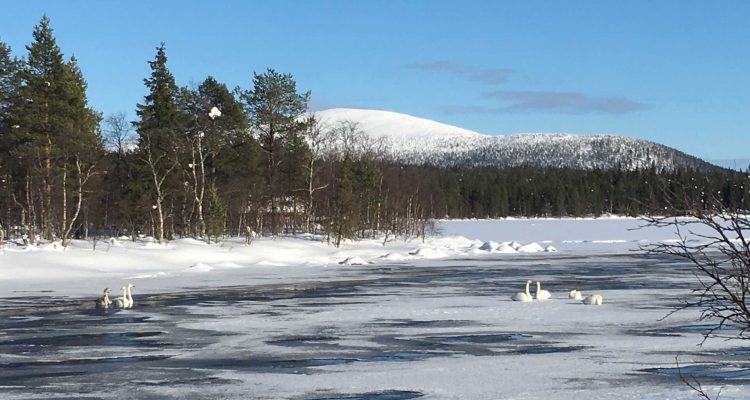 People have lived in the region of Finland since the Ice Age. The first traces of homo sapiens in Finland are post-glacial and date from around 8,500 BCE. This period is known as the Suomusjärvi culture. The earliest written sources mentioning Finland start to appear from the 12th century onwards. The Finns weren’t Vikings, but the Finns were in contact with the Vikings both through trade and the Vikings’ habit of plundering.

The country’s recent history can be divided into three chapters; the Swedish period prior to 1809, the Russian period from 1809 to 1917, and the independent period from 1917 onwards. Due to the Swedish colonization of Finnish coastal areas, the region became a part of the Kingdom of Sweden from the 13th century onwards. During the Swedish reign, Finland’s most important trading center was the town of Turku, founded in the middle of the 13th century. Helsinki was founded in the 16th century for Baltic Sea trade.

Russia conquered Finland in a war against Sweden in 1808-1809. Russian Emperor Alexander I gave Finland extensive autonomy creating Finland as a Grand Duchy in 1809, and Helsinki was made the capital of Finland in 1812.

National identity started growing in Finland. Johan Ludvig Runeberg and Elias Lönnrot created an idealized image of Finnish people and Finnish nature in the 1830s and 1840s. J. V. Snellman was a central person in national romanticism by encouraging the use of the Finnish language instead of Swedish. Finnish markka was introduced as currency in 1860. In 1901 Russia tried to alter the nature of the Finnish army with a new law, which demanded that Finns not only defend Finland, but also fight for Russia on any front. This led to growing Finnish resistance, and eventually discussions on sovereignty. Finland was granted its own parliament in 1906, and the first elections were held in 1907 with women also having right to vote. On December 6, 1917, Finland officially declared independence from Russia.

The people of Finland have by this step taken their fate in their own hands; a step both justified and demanded by present conditions. The people of Finland feel deeply that they cannot fulfil their national and international duty without complete sovereignty. The century-old desire for freedom awaits fulfilment now; Finland’s people step forward as a free nation among the other nations in the world.

From Declaration of Independence

Finland has several national symbols that derive their origin from nature. Nature has always played important role in the lives of Finns. With this quiz we dive into national plants and animals in Finland. Do you know what is Finland’s national fish? Is there such a thing as national dog? Test your knowledge on Finnish national symbols and take our fun quiz now!

How well did you score? Was this too easy? Comment below! More fun Out in the Nature quizzes here.